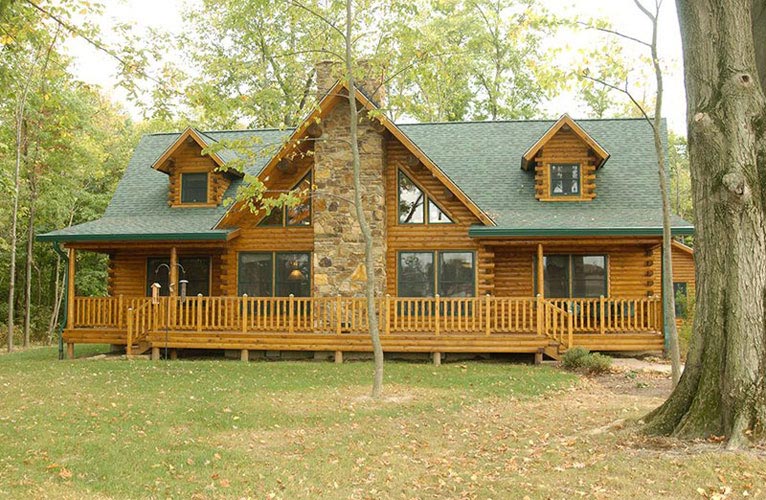 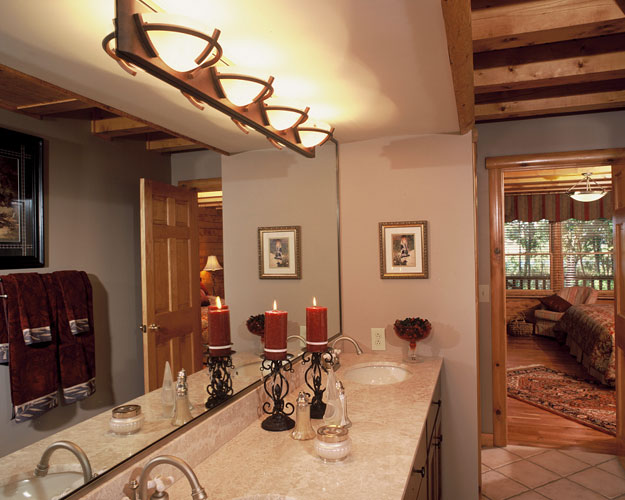 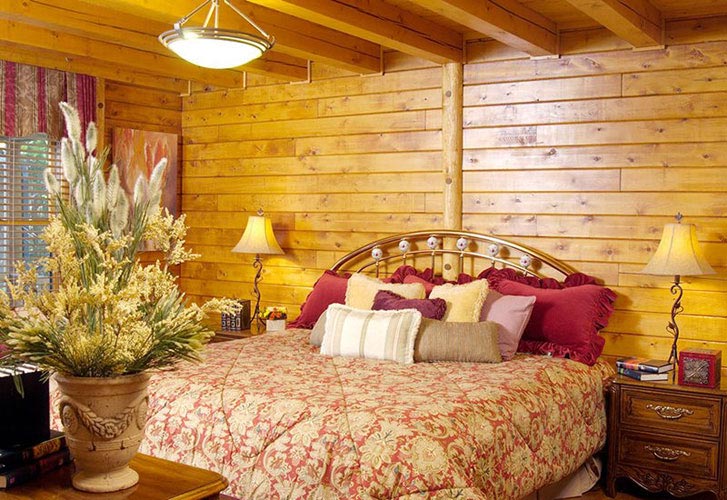 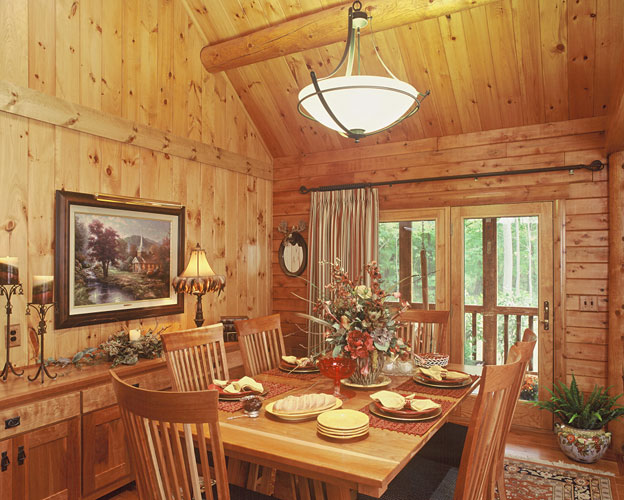 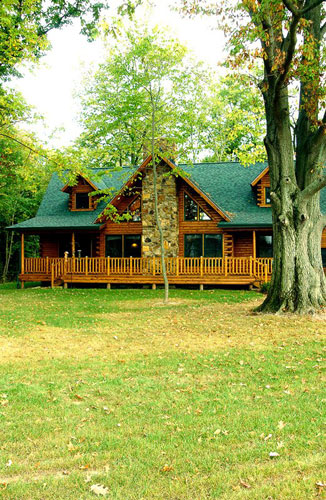 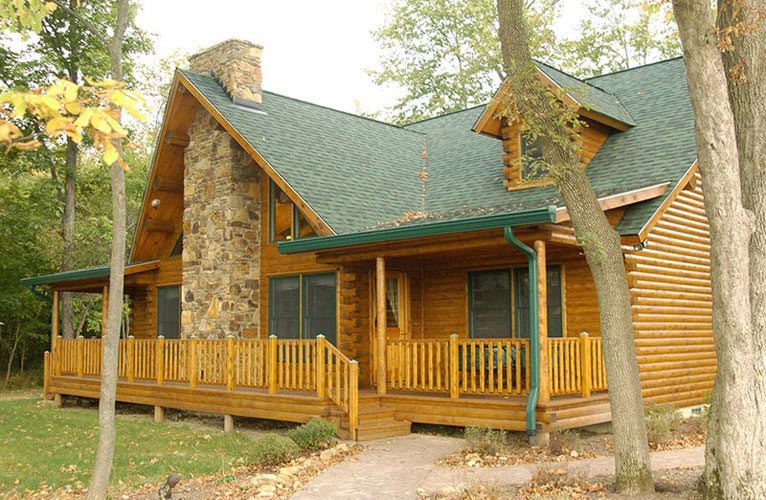 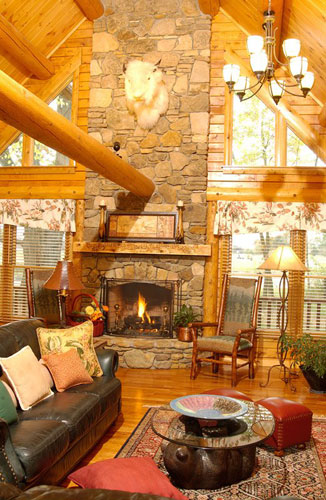 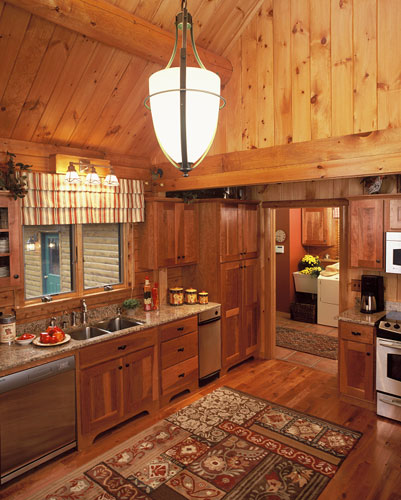 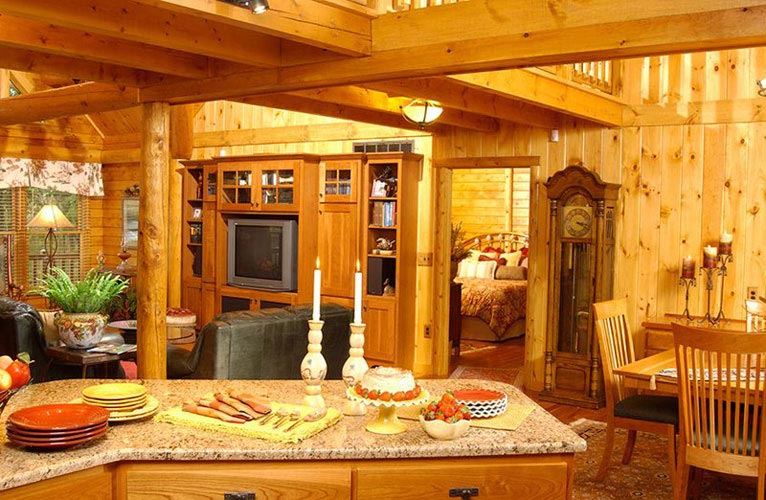 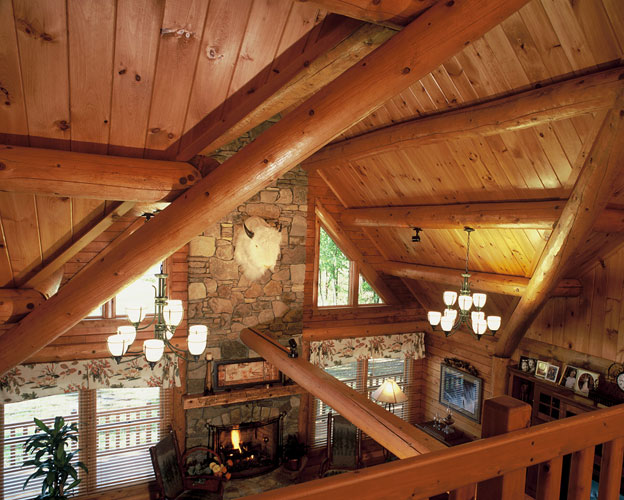 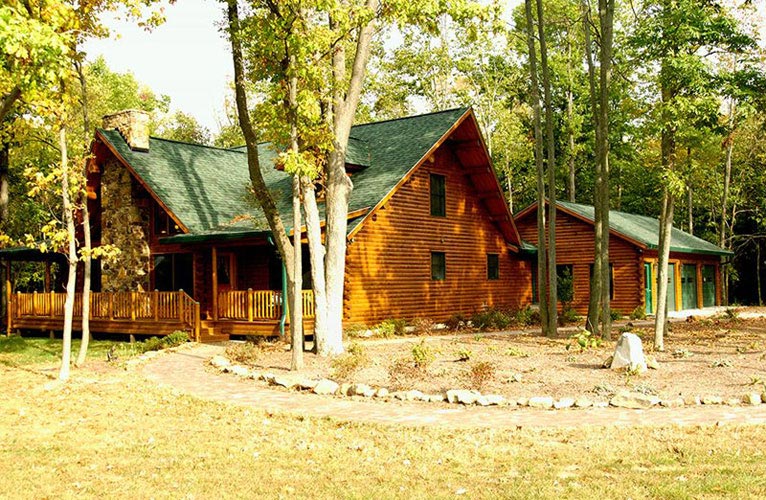 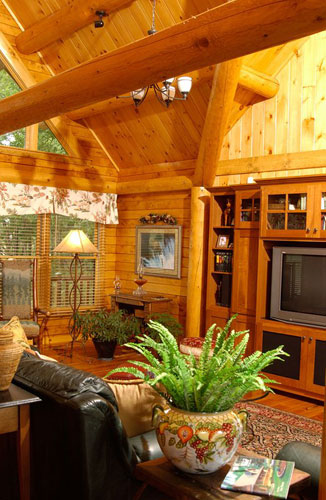 Many are drawn to Indianapolis’ metropolitan mecca to revel in the nightlife, but this husband and wife’s call to the big city was a little nobler.  Since 1975, he has worked as a pediatric cardiologist with his practice centered at the city’s acclaimed Riley Children’s Hospital.  He needed to be within easy driving distance of the hospital, so the family settled into a family-oriented, urban neighborhood.  But when their youngest kids went off to college, the couple decided it was time to reevaluate their living options.

They had long admired the warmth that log homes provide, so choosing this mode of construction for their dream home was a no-brainer. He drew up a rough plan of the couple’s ideal design and began to talk with builders and look for the perfect site.

Nestled in a small subdivision with glittering ponds, snaking trails and wooded terrain, the couple found a 3-acre site that was everything they were looking for.  It provided the remote feel they desired, and it was a mere 5 minutes away from a major interstate with direct access to downtown.

The homeowners were searching for a builder when they crossed paths with custom home builder and Ward Sales Representative, Dennis Ward.  In the business since 1985, Dennis had at least 15 log homes to his credit when the couple hired him. “He was a building perfectionist,” the husband says, who was sold on the attention to detail that was evident in Dennis’ projects.  “His finishing work was really impressive.”

Dennis attributes his detailed style to his carpentry roots.  “With log homes, you get the best of both worlds – the construction and the finishing work,” says Dennis.

The 6-by-6 northern white cedar D-shaped logs are joined with butt-and-pass intersections at the corners.  The impressive purlin roof system is composed of eastern white spruce.

Born of the collaboration between this couple’s visions and Dennis’ execution, the 2,800-square-foot log home blends rustic warmth with all the benefits of modern technology.

Excerpted from “A World Away” published in Log Home Living, August 2005.